April Veralto has been one of the leading voices for change in Arcadia over the past couple of years. Especially on the matter of mansionization where she has been one of the leaders of Save the Arcadia Highlands, a group of concerned and influential residents who are currently in the process of gathering signatures for a ballot measure that will effectively bring Addam’s Family McMansion development there (link) to a grinding halt. And now, April has decided to run for Arcadia City Council.

Here is her announcement. 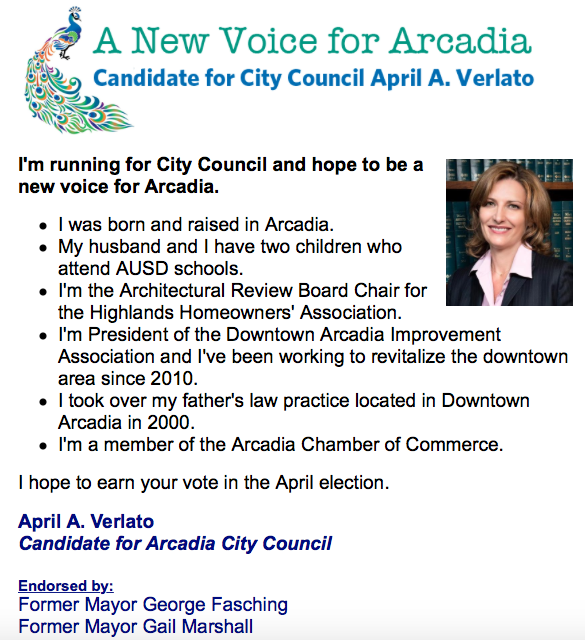 Pretty good news for the City of Arcadia. Sierra Madre used to have many principled people like April who were willing to put it all on the line and run for City Council out of a sense devotion and duty to the community. Not so much this year.

You have to wonder what Sierra Madre’s de facto capitulation to fiscally profligate municipal union pols is going to mean for preservation in the long run. How soon will it be before those folks decide that the property tax and impact fee money to be made off of big development to pay for things like CalPERS is in everyone’s best interest?

My guess is not too long after the election.

There are no upcoming events to display at this time.